Where to Shop during Dubai Shopping Festival? 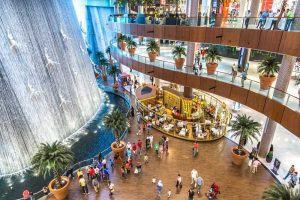 The Dubai Mall, also known as the home of the Dubai shopping festival, is one of the world’s largest shopping malls with an area of over 500,000 square meters! With more than 1200 stores, a large walk-through aquarium, a world-class ic rink, 14,000 parking spaces and more exciting experiences for shoppers, the mall was voted the best shopping experience in the world by Grazia Magazine in 2010.

Dubai Mall is one of the city’s premier malls, offering entry to the world of amusement and entertainment. It is home to the famous Underwater Zoo, which is a walk-through aquarium with a collection of over 300 species of marine animals. Another favourite activity here apart from shopping is the Dubai Ice Rink. It is a family-oriented attraction open to the general public. The rink also serves as a multi-purpose venue that can be transformed into a concert arena, or host private functions. Serving as the entryway to Burj Khalifa, there are unlimited options of shopping and eating. Other than that, the mall also offers a gaming zone and cinema complex and thus packing all the leisurely activities under one roof. 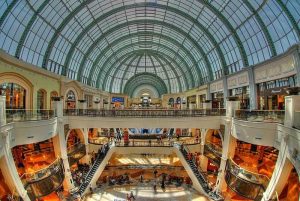 The Mall of the Emirates, located in the Al Barsha area of West Dubai, is a shopping mall frequented by both tourists and residents of UAE. It is a one-stop-shop destination that has earned it the epithet of being the “World’s first shopping resort.” It has also been named as the “World’s Leading New Shopping Mall”. The Mall of the Emirates is home to a magnificent family leisure centre housing Ski Dubai, an indoor ski resort and Snow Park, the first of its kind in the Middle East.

The 500-seating capacity, Dubai Community Theatre and Arts Centre is one of the primary attractions within the mall along with Magic Planet, the popular entertainment center for people of all ages. Founded and owned by Majid Al Futtaim Properties, Mall of the Emirates boasts of 100 odd food shops including top restaurants and cafes. Visitors hoping to find a respite from shopping are free to catch a film at VOX Cinemas or be entertained in different ways. The visitors can also put up at the adjoining 5 star hotels in order to maximize their experience at the mall. 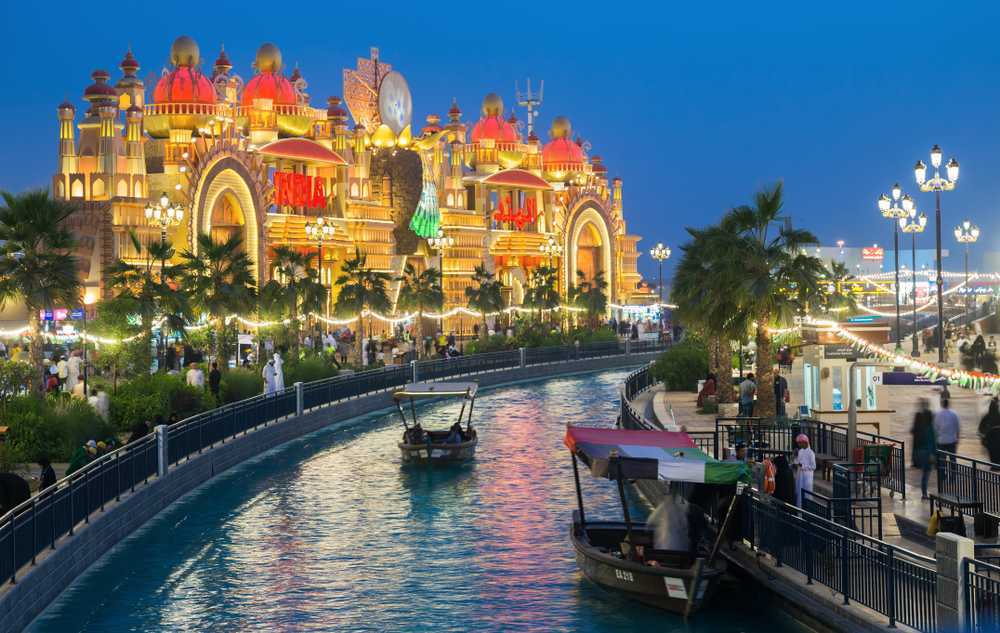 Global Village Dubai is claimed to be the world’s most significant tourism, leisure and entertainment project of UAE. It is the region’s first cultural, entertainment, family and shopping destination. Every year, the place receives over 5 million visitors over an area of 17,200,000 sq ft. The compound has various pavilions that each

Managed by Dubailand on the outskirts of the city, the event is organized during the winter season between late November and late February and is part of the Dubai Shopping Festival. These pavilions represent a different country or a region usually by creating an imitation of a famous landmark of the country. It is a perfect place to get souvenirs from around the world along with global authentic cuisine, exciting rides and street performers. 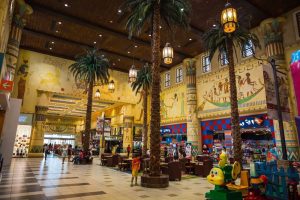 Situated on Sheikh Zayed Road, Ibn Battuta Mall is huge shopping complex named after a great explorer, Ibn Battuta. Narrating the journey of the famous 14th-century explorer, the mall is divided into six country-themed courts, Persian Court being the most popular one which is enveloped by a hand-painted dome. Apart from 270 shops, there are 50 restaurants and eateries, a 21-screen cinema, a trampoline park and a bowling alley.

Often referred to as the largest themed mall in the world, Ibn Battuta Mall displays remarkable work of architecture and craftsmanship. Other country-inspired courts are Egypt Court India Court China Court Andalusia Court Persia Court Tunisia Court. The mall is not just a shopping complex, but also a complete entertainment package including a 21 – screen cinema and over 50 restaurant options. The place spread across an area of 521,000 square meters is adorned with more than 270 shops with a myriad of international brands such as Charles and Keith, Nautica, Pierre Cardin etc.